In May I was invited to read poems at an art gallery in Hunterton NJ with Lee Upton, Warren Cooper and Upton’s daughter, Theodora Ziolkowski. The reading and venue were both wonderful and I hope to get back there again. I’d read Upton’s poetry before, particularly her book Civilian Histories (University of Georgia Press), but we’d never met. MaryAnn Miller, who curates the reading series, as well as publishes limited edition art & poetry books (Lucia Press), introduced us.

After the reading we chatted and exchanged books. I received a copy of her book Swallowing the Sea (Tupelo Press), a collection of essays about writing and the writing life. The issues discussed in this Q & A are based on that book.

Lee Upton is the author of twelve books, including five collections of poetry, a novella, and four books of literary criticism. Her short stories have also appeared widely. Her awards include a Pushcart Prize, the National Poetry Series Award, two awards from the Poetry Society of America, and the Miami University Novella Award. She is Writer-in-Residence and a professor of English at Lafayette College in Easton Pennsylvania.

I can’t speak for other writers, but I do know that writing—for me—is a source of happiness, even though that happiness is sometimes mixed with frustration and a form of extreme yearning that can’t exactly be called happiness-inducing. The happiness I find in writing has something to do with the heightened state of concentration that writing creates.  Happiness in writing also has to do with the fact that I’m compelled to write; if I weren’t writing regularly unhappiness would be guaranteed for me.  Writing beats back despair, but because writing opens up formerly closed areas of consciousness, the act of writing can prove painful and exhausting. I’m aware of how fortunate any of us are to have writing as not only an exhilarating activity but as a kind of steady companion.  As you can see, I’m struggling here—perhaps because it is a great privilege to be able to write, and yet writing also goes beyond happiness for me.  Writing is larger than happiness and sometimes makes me face what I’d rather not face, and so the happiness writing affords comes with thistles.

I’m fascinated by the section on purity, but I’m still a little confused on what exactly you mean by the word. Can we envision purity and make it impactful on our writing, without a reference standard, something to compare everything else to? What would that standard be? I’m disposed to believe it may be something other than poetry, which of course is a particular problem for the poet.

I think you’re right to be confused by any notion of purity.  Purity is a fantasy, a phantom, a form of extreme and powerful subjectivity that changes form depending on the aspirant. (When talking about purity I’m not talking about food safety of course.)  Absolute purity in ideological terms tends to be colonizing and aggressive, and those who attempt to impose on others their own ideals of purity and its sibling, perfection, prove oppressive. The discussion of purity in Swallowing the Sea attempts to trace some of the difficulties of allowing purity to be one’s guide in writing. At the same time, I tried to give purity its due as an alluring imaginative construct that’s not easily dismissed.  Purity as a conception of the human imagination for some of us determines at least in part the way we revise our work—toward greater compression, toward elimination of anything that interrupts the culminating tensions in the poem, toward an ideal.  Our standards, which may seem instinctive even if they’re learned, threaten to purify the poem out of existence.  But if we simply dismiss the ideal of purity we fail to recognize that the conception has a hold on many of us. Our struggle with purity can be bracing and creative.  The fact that some writers have assailed purity (Neruda, for instance) testifies to the conception’s powerful grip.

In the section Poetry, Defended, Briefly, you write “in poetry more than in any other verbal genre, readers bring in an expectation …”   Do you also believe readers have a responsibility to the poet/poetry? If so, then what? And are readers today properly prepared to fulfill that responsibility? Let me make that question more practical—contemporary poets (and poetry) get criticized a lot today, by poets and non-poets alike, for being obscure, difficult, out of touch … as if the state of poetry today is all the poets’ fault. Does the reader share any of that blame? 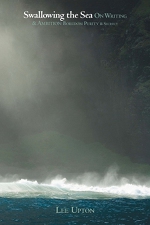 As a reader I can share that blame—but that’s true in any genre.  As a reader I can be too impatient, giving up on a poem before allowing even the rhythm of the lines to begin to do their work. I try to make allowances for my own impatience by eventually giving some books second and even third chances; it takes a while to know how to appreciate an aesthetic.  Often enough though, some poetry is simply not engaging or illuminating—whether it’s a difficult poem or a seemingly simple and transparent poem.  Then again, there are so many different sorts of poetries available that I tend to find plenty of work that I can respond to immediately. As you mention, it’s true that there are many poems that are difficult and obscure, and sometimes those poems fail (then again, many poems of any sort are doomed to failure).  But some poems that are difficult are haunting and even valiant and perversely lovable and even poignant because they’re so resistant to common ways of perceiving and thinking.  You mention poems that are “out of touch,” and I have to admit a special affection for poems that may be referred to as “out of touch”; those poems speak for realms of experience that are denied in our experience, reaching beyond our lived reality toward something we could never have imagined otherwise.   Then again, I think I know what you mean in certain instances: sometimes the poem that is described as “out of touch” leaves us numb; it’s untouchable not just because it’s treading air out of reach but because the poem doesn’t tug us in any direction whatsoever.  Poetry never should condescend to readers, and so a poet never needs to settle ultimately for possibilities that aren’t exciting, whether those possibilities appear superficially simple or superficially complex.

You can find many of Upton’s books here.