Check out my poem, Finding a Turtle Nest at Sullivan Island in the new issue of Cider Press Review.

Frequently while reading Miriam Sagan’s latest poetry collection, Seven Places in America, I was struck with waves of jealousy. The book is constructed around her journeys and residencies at what, at least through her writing, must be some of the most wonderful places in the country for a poet to meditate on things great and small. This is especially true for a poet like Sagan, who has an affinity for the more rustic or natural places.

Some of these places were official writers’ retreats, while others were just places that accommodated her, and she accommodated them. Either way, she made the most of these visits, as good writers can, by using the foregrounds and backdrops as gateways for her poems to pass through or stretch out within. Her poems ride “the boat of the mind/that floats on air” tacking through waterways looking for purchase. When they land on hard ground, you know it, as in “10,000 Islands,” part of a series titled Ever/Glade (which, incidentally, made me think of Karen Russell’s novel Swamplandia.

I longed for departure

As if it were love

As if it would take me out

Of myself, of my accustomed way—

Lifts off, wheels into the sun

Silver flash of fish before the prow

Maze of low islands, one after the other,

Do you see what she did there? The very quiet leap from the silent meditation of longing for departure to the dramatic scene of birds rising and a boat rushing among islands. For me, these poems are at their strongest when she uses her environment as the A in an ongoing Q & A with themselves.

While I found poems to relish throughout the book, I think my favorites are in part V, which were written at Stone Quarry Hill Art Park in Cazenovia, New York. Maybe being a Pennsylvanian drew me to these poems as they describe scenery very like my own home.

In the first poem in that section, Sagan uses, with dramatic effect, the refrain “body of” in a chant-like list of things you might find in any eastern woodland.

That’s fun, as are a lot of the poems in this book. You can feel the author’s delight coming off the page. At the same time, there are also haunting moments, such as in “Tree House,” where the speaker reflects in attendant language (“The creaks and meows of night,/Shadows of the copper beeches.”) on the material landscape of a childhood while simultaneously acknowledging the psychological landscape.

There were moments I thought the poet may have fallen into her own traps—pushed a metaphor a little too far, took the readers’ trust for granted, but then come moments of wonderful self-awareness, as if she knows where she’s taking us and is grinning a little inside, like here, in the poem “Stone Quarry Hill”:

If this poem were Chinese

I’d say my hair is gray (which it is)

And that I haven’t heard

News of you in a long time.

If I’m being played, I’m OK with it. Even when she asks “Why must inspiration be a vista?” you know she knows the answer is more complicated than that. “An inner self/that also shifts shape” is the visita we’re really meant to contemplate: “how what we ignored or couldn’t explain/remained in plain view.” 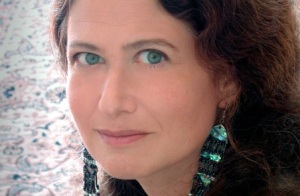 Months ago, in preparation for a workshop I was going to lead in nature writing for the Musehouse Writing Center I asked the poet Jane Hirshfield several questions about her views on nature and poetry. Aside from her wonderful books of poems, Hirshfield also wrote a collection of essays called Nine Gates, which deals somewhat with that subject especially in the “Two Secrets” chapter.

The class never happened, so I’ve been sitting on this wonderful interview for months and decided that I should just publish it as is so other readers can benefit from it. The questions here are not a comprehensive look at my interest in the subject, but they’re interesting on their own and I think worth attention. Eventually I may try to write a whole coherent article, but the chances are getting slimmer all the time.

Do you think writers’ approach to nature/wild has changed in the contemporary world? Another way of asking—has our dependence on technology and distance from nature changed the poet’s relationship to it?

It’s hard to speculate about others’ inner experience—but I do suspect that increasing swaths of time in the “information technology” world is affecting poets—as urbanization itself long has. There’s a dangerous rift and amnesia that leads to hubris, exploitation, that carries from the environment and creatures into our treatment of other humans as well, when only mediated experience is seen as “real.”  Aesthetically, concentration on what’s only within the human surround can be seen as being contemporary or as claustrophobic—the response varies. I myself made a very deliberate choice to live in a way exposed to and in connection with the natural. I grew up in lower Manhattan, and wanted something less controlled and modulated in my life. But all of us carry the template of our age, and even if my poems rarely mention buses or an elevator or a comic strip character, I am quite sure that my thoughts move as the 21st century does–with increased speed and compression, acceptance of fracture, comfort with the jump cut. In a way, though, you could say that poetry itself foreshadowed all these “contemporary” habits of mind—it has always leapt, fractured, compressed, courted the uncertain and contradictory as much as courted expression or “beauty.” But how could something even as simple as electric light not alter our psyche’s relation to darkness? Perhaps we turn toward darkness more, now that it is escapable. Perhaps we must turn to bewilderment more, when we live in such orderly grids as we do.

Is nature a good yardstick for measuring our own human issues by?

As Gary Snyder has long pointed out, we humans are nature. What we do is what nature does. Still, remembering the larger field recalibrates. Going up into the High Sierra puts anxiety, selfishness, sentimentality, and neurosis into scale.

In what way do poets sometimes abuse (misuse) nature (I’m thinking of bad Romantic poems here mostly, but you please respond any way you like)?

There are no rules here—I am willing to go on record (heresy!) as being in favor of certain kinds of personification and anthropomorphizing in poems, even as I know they can be horribly abused. It works when it enlivens possibility, fails when it cheapens or simplifies or presumes. What we don’t know, cannot know, has to be remembered and honored. Still, Aristotle praised personification–what we’ve come to call “the pathetic fallacy”—as the “animating principle” in poetry, and I would not give up any mode of meaning-making, so long as it’s used deftly, subtly, toward accurate expansions and not the sentimental. Every metaphor works by internalization of the image into the self. How else could we understand, except by taking in, and trying on the image from inside our own lives, histories, minds? Comprehension is empathic. We understand even “2+2=4” because we have fingers, feelings, hunger, bodies with mouths as well as brains.

You write that the objective mode (discussed in Nine Gates) is rare and difficult. Is it also less effective or less likely to evoke a response from the reader? A poetry of Vulcans? (sorry for the Star Trek reference)

I’ve used certain haiku as examples of the objective mode—and such poems do need a reader able to feel them fully, or they will be uninhabited ink, ash-shapes. But such a reader is precisely the opposite of feelingless—rather, that reader who is able to feel these poems is a human being so tuned to the full actualities of existence that he or she can feel a spectrum of emotions outside the usually available names—the way a bee can see the ultra-violet road-stripes on certain flowers, which we cannot.

Galway Kinnell says we must include the city in our definition of nature. What do you think of that?  Can the city work for the poet in the same way as the forest or the sea?

Of course. Our cities are termite mounds and bower bird nests, felt fully. Mark Doty can write urban natural history in a way absolutely continuous with his poems that are set in the non-urban.

Who are your favorite contemporary poets who write with nature/wilderness themes?

Snyder is still a master. Merwin. Heaney’s poems of recollection. Pattiann Rogers, Alison Hawthorne Deming, Sandra Alcosser. Milosz is dead now, but his passion for the natural world was exemplary. Some of Hass. Some of Kay Ryan. Jim Harrison, Dan Gerber. But really, even making this list feels somehow like putting lipstick on a tree. I prefer not to segregate poets by theme—Auden was as urbane as a poet comes, and then there’s his “In Praise of Limestone”; Robert Frost’s concerns were profoundly and ultimately human. And if we understand ourselves as part of nature, there’s not a poet who isn’t a nature poet. I suspect our relationship to the larger existence of this planet would be most restored to sanity if that were the principle we held in mind, rather than one of separation and difference. We are mammals, with mammals’ concerns. That thought, at least to me, is not ignoble or diminishing—it’s curative, chastening, and enlarging.

Here’s a short video of Hirshfield reading. Youtube is loaded with Hirshfield videos.